Growth against all odds

The Jolly group focuses on striking key associations and alliances with various foreign and multinational companies and going where no Indian manufactured product has gone. 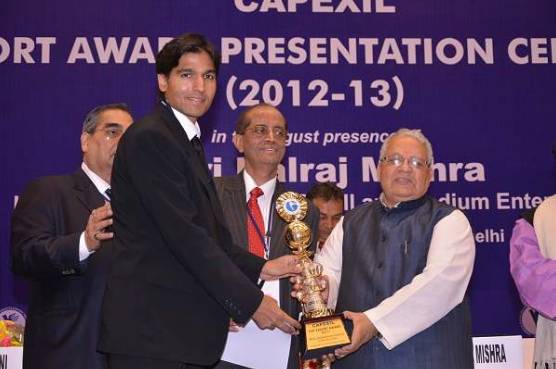 Jolly Board has won the top export award for the 6 th consecutive year. Jolly Board recorded a growth rate averaging 23% per annum in the last 7 years. This award was for Financial year ending 2012/2013.Till this time the Rupee as a currency had still not depreciated and the growth was based on the Old Rupee rates. The growth involved a volumetric expansion through clever alliances, factory Production ,awardingof new contracts, and not just a financial adjustmentvis a vis the rupee dollar rate. This was one of the finest Growth Rates in the complex heavy manufacturing industry for exported goods of a privately held mid-size company staying competitive in the global marketplace. ! Today Jolly Board is being exported to more than 35 different countries in Asia, America, Middle East, Far East, Australia, Africa and parts of Latin and Central America as well.

Any manufacturing company in India require the supporting infrastructure of ports, railways, transportation and utilities. However India’s archaic infrastructure continues to challenge the manufacturing industry. Containers have to wait for several days at the Ports in India before they load on the ships, an average truck in India covers only 240 kms a day as opposed to China where a truck cover 900kms a day. Thus making the movement of goods very challenging. Jolly Board has deal with various Raw material challenges as well where land acquisition and mining laws conflict with Industrial growth.

Jolly Board has taken on severe competition from companies who are several times bigger in size in the International markets thus making a break through with its boards into several Oil and Gas projects which require endless Quality control and regulations. However by being more nimble with market distribution and building a world class supply chain management system the company has thus been helped tremendously.

The Jolly group owns and manages large Commercial complexes in Mumbai city. The Jolly group has partnered with several Multinational Engineering companies to create specialized solutions required to building an export oriented hub which has the necessary technical solutions required for the development of science and engineering. The Jolly group has specialized and concentrated on attracting major Multinational names from Europe, America and Asia to its buildings. In a slow market where most Commercial building have a low occupancy, Jolly has managed to get over 80% occupancy through a lot of good ground level work.