With a vision to be one of the leaders in the world, Jolly Board Ltd. has embarked on a focused growth strategy ‘to become the largest manufacturer of fibreboards and Bitumen Boards with the highest level of product quality at the lowest cost of production: The Company fuels this pursuit with cutting edge advanced technology and continuous innovation, both critical to any company that is in growth mode. The efforts are reflected in last year’s financial results, with an increase of 59% in income figures. Exports registered a phenomenal growth of 90% despite the Indian Rupee’s rapid appreciation against the US $. From being India’s largest manufacturer of fiberboards, the Company has been catapulted into a major player in the global market. Today ‘Jolly’ is an internationally recognized premium brand in the market with an undisputed quality and price advantage. 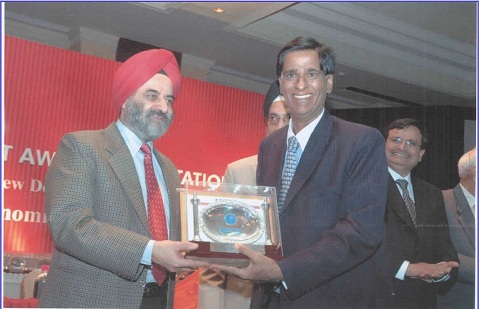 The Jolly Board saga started way back in 1958 when the pioneer Mr. G.R. Jolly set up India’s first fibreboard plant in Mumbai. The Company further expanded under the dynamic leadership of the next promoter and current Managing Director Mr. Arvind Jolly, and now has three manufacturing units at Aurangabad and Sangli – one of which is a dedicated EaU. It was the induction of the third generation scion, Mr. Arjun Jolly in the management team that has given the Company a new fillip. Young, educated abroad, he infused a fresh outlook and gave the Company a new direction. He joined the Company in testing times and together with the Managing Director initiated and implemented some tough decisions to mitigate the impact of stagnation in growth by aggressively ‘promoting exports and diversifying into realty activity.

In an endeavour to discover new oceans Arjun Jolly had the courage to lose sight of the familiar but dwindling local markets, fraught with competition from the small scale industries and substandard, imported products and sail through uncharted waters. With new opportunities abroad, exports soared and the Company registered a 300% increase in exports in the last three years. The Company exports 70% of its production today.

Jolly Bitumen Board is a specialized product developed by Jolly Board for the export markets and is used in all major construction projects and airports in the Middle East and Far East. Burj Dubai, the tallest building in the world, Dubai Metro, the Jebel Ali Airport and Ritz Carlton. the largest airport and hotel in the world respectively, are our prestigious customers. Jolly boards have also been used in the new Bangkok international airport, Bangkok Metro and the Singapore Marina. Phenomenal growth in the construction and building industry worldwide is an impetus for the Company’s surging exports and growing top line! Locally our products are used by the furniture industry and the construction industry for expansion joint fillers.

With the Supreme Court’s ruling prohibiting. the use of wood for making hardboards. the Company had to quickly reinvent itself with fresh capacities and products in Aurangabad and Sangli to sell High Grade Asphalt Board. Substantial investments ensured that operations were in full stream. The Company’s four units produce 100,000 cubic meters of Soft Board annually. Addition to production capacity coupled with better utilization enabled the Company to achieve better Economic Value Added Results. Sophisticated and updated infrastructure includes a 100 meter dryer. New management systems and innovative production techniques have improved product quality. The Company has received the prestigious ISO 9001:2002 accreditation.

The company has imported a softboard plant from New Zealand to expand softboard capacity to meet the demand in the Far East market.

Giving a jumpstart to diversification of businesses, the Company has made a successful foray into the Realty Sector with the development of an Information Technology Park in place of its manufacturing facilities in Mumbai. Plans are on schedule and two of its four buildings will be ready by the year end. Enthused by the success of this venture the Company has confidently made aggressive efforts to create an opportunity for itself by developing realty in several parts of the State. The Company intends to take advantage of the present realistic prices and acquire more land for expansion. Plans on the anvil include building a land bank for developing more IT parks. Branching out into the hospitality business is also one of the main proposals.

Harnessing of alternative energy sources has assumed a great importance worldwide and is providing new business opportunities. Jolly Board Ltd. proposes to exploit this business opportunity by entering into Windmill Energy generation as another commercial venture.